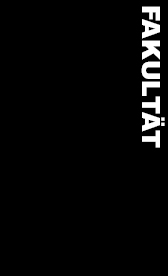 The history of the Department of Architecture reaches back to the foundation of the university Karlsruhe in 1825. Back then, the "Architektonisches Institut für Bauhandwerker" led by Karlsruhe’s significant and famous architect Friedrich Weinbrenner merged with Johann Gottfried Tulla’s School of Engineering into a polytechnic institution that attained the status of a university shortly after.

The merger of Universität Karlsruhe and Forschungszentrum Karlruhe into the Karlsruher Institute of Technology (KIT) and the recent implementation of the bachelor’s/master’s programs within the Bologna Process have had some major consequences for the Department of Architecture: Our formerly ten institutes have been combined into four compact units. Some new professors have joined us: An endowed chair for Architectural Communication being unique in Germany has been established to communicate architectural work with society. Moreover, two new professorships have been created to cover the fields of Architectural Theory and Sustainable Construction as well as of Integrative Design.

Being part of Germany’s first Polytechnic (1825 - 1885), the Karlsruhe Department of Architecture evolved from the School of Architecture founded by Friedrich Weinbrenner. Our tradition and reputation goes back to then and is associated with numerous famous names such as Heinrich Hübsch, Egon Eiermann, Fritz Haller, Dieter Kienast, Ottokar Uhl, to name a few. In 2006, the university of Karlsruhe was placed among the three top German universities within the first Excellence Initiative of the Federal Government.

Our approximately 700 students of architecture are offered good working and study conditions: During the entire bachelor’s phase, you will have a workplace of your own in one of our agreeable spacious studios. In addition, four computer pools provid 24-hour access to digital workplaces for CAD, layout and many other design tasks. Skilled workshop supervisors and other employees will introduce students to the fundamental working techniques and support them in realizing their design ideas and concepts in our excellent equipped wood and metal workshops, photographic laboratories and shops. The café that is run by students in the architecture building is our communicative center that makes everybody feel at home in the friendly atmosphere of Karlsruhe’s Department of Architecture.

last change: 2019-09-24 KIT – The Research University in the Helmholtz Association